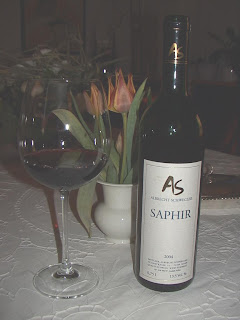 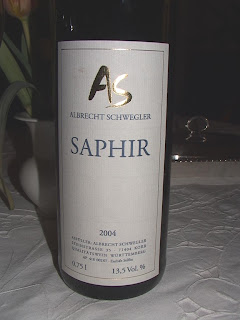 Douro Portugal..never Germany..
and certainly not Württemberg...
it needs food...which it got..
although maybe a steak would have
been better (I wasn't sure what
was in the bottle).

I tried it again the next day..the nose has lost some of it's fullness..but the tannins had softened...and it was more forthcoming. My tip now..decant at least 3 hours before drinking..or lay it down. It is not cheap( 35 Euros)...but as you'll never get to buy it
(very little produced)..you can only dream folks. 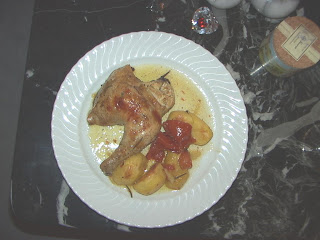