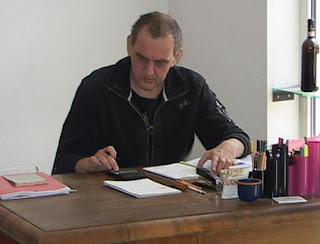 A tasting at my local wine shop 'Hang Lage'..
owned by friend and fellow wine imbiber
Robert Krupka..he holds tastings 5-6
times a year....on Friday evenings
(so that those participating
can recover next day)...
for beginners and 'experts' alike..
this time round..
European Whites.

After the opening wine..the wines were tasted in flights of 2... 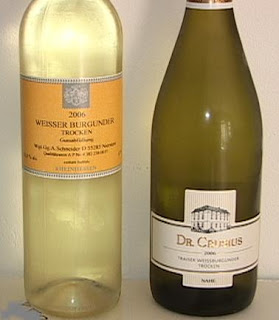 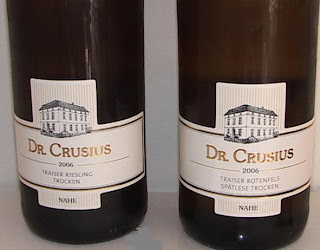 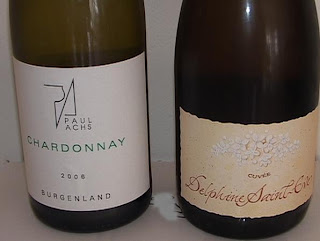 Paul Achs Chardonnay 2006
Burgenland, Austria
Fresh style of Chardonnay..
made in steel tanks.
All very nicely packed together...
but maybe too layed-back...
and would not have guessed
Chardonnay at a blind tasting
Points 14
Domaine Demangeot
Cuvee Delphine
Saint-Eve 2005
Hautes Cotes de Beaune,
Burgundy, France
Lychees leapt from the glass;
fullish, creamy fruit on the
palate..finishes a bit short
Points 14.5

OK...now this is what I came for...my favourite producer of Sauvignon Blanc!
Robert explained the producer had changed things slightly for this vintage...
The Piere, normally only ever seeing steel vats..had spent it's youth in 500 litres
used oak barrels...which slightly worried me..however.. 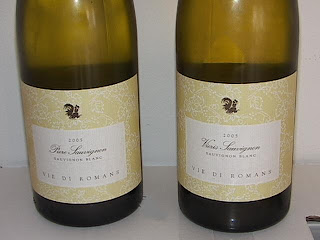 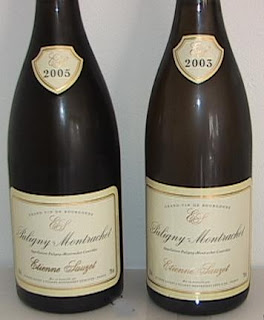 Domaine Sauzet Puligny Montrachet 2003
Burgundy, France
Nice comparion here..both vintages similar..this wine 2 years older; full, oaky nose; fleshy peach fruit on the palate, exotic fruits..longer in the mouth and ready now.
Points 17
I went back to the last four..
retasted and 'drank' them....
no great pain in doing that!
Posted by Barry at 9:21 am