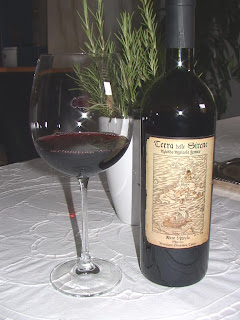 Nero d'Avola is Sicily's most popular red grape, used in the region's bestselling varietal wine. Until the 1980s, commercial use of Nero d'Avola was dedicated almost exclusively to fortifying weaker reds in France and northern Italy. In the past Nero d'Avola, like other Sicilian reds, was often syrupy, with an alcohol content reaching eighteen percent....too strong for table wines. The name, which literally means "Avola Black," is a good 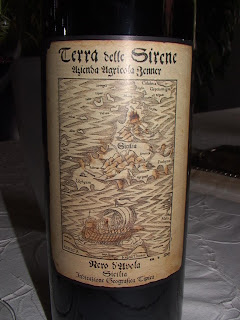 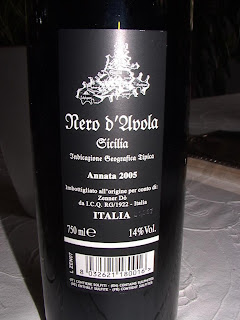 New viticulture techniques and night harvesting...placing the grapes in cooled vats to present premature fermentation-- have been used by a few vintners to retain flavor without producing an overpowering wine. The result is often compared to Syrah.

still waiting for that "Nero d'Avola" moment, haven't had it yet...

Yes Joe...this was recommended as one of the best..so I wouldn't readily order just any Nero in a restaurant..an acquired taste methinks...