Situated in South Corsica in the Taravo valley, the domaine Comte Abbatucci was founded in 1950. With 18 hectares of vineyards planted on granite slopes at 100m above sea level, the domaine is a veritable museum of Corsican viticultural history and heritage. Antoine Abbatucci, father of the current winemaker Jean-Charles Abbatucci, was a passionate man and was devoted to local grape varieties, in fact, if it wasn't for him, many of them would have been lost to international varieties. Jean-Charles followed the footsteps of his father and became the winemaker of the domaine, preserving a 100 year heritage. Since 2000, he has moved towards biodynamic principles and also joined the association Renaissance des Appellations (created by Nicolas Joly, Clos de la Coulée de Serrant).

Descending directly from high profile commanders under Napoléon Bonaparte and faithful to the Corsican charm, Jean-Charles Abbatucci is a proud defender of the tradition and the environment. Ambitious, passionate and keenly aware of his land as a jewel of nature, he has managed to reconcile the tradition of the Corsican terroir and the modernity of the biodynamic viticulture.

After that information above you should be kneeling when tasting this wine.
Not tonight Josephine! 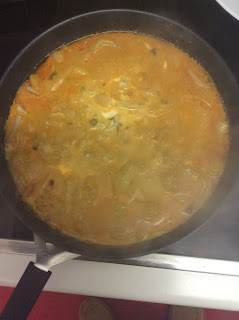 I prepared a red Thai Curry with squid and some Risi Bisi rice.
Cooked separately then thrown together in the pan. 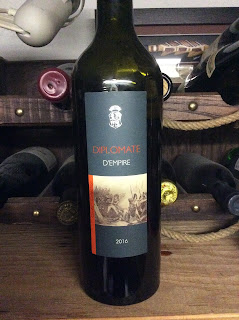 Domaine Comte Abbatucci Diplomate d'Empire Cuvée 2016
Corsica
France
The wine would be a 'killer' at a blind tasting. Guess the grape!
After about five attempts you would get on one knee and beg it to be a Cuvée. Arise Sir Lancelot.
To be honest...there is no instant singular aroma.
The blend: 37% Vermentinu, 20% Rossola Bianca, 19% Biancu Gentile, 14% Genovese, 10% Brustiano
Reminded me of Rousanne wines in the South of France. Glossy...pear and melon...exotic...what I needed for the food. Lush texture...vanilla...low in acidity...delicious wine.
Drinking well now but has potential to age.
Points 17.5 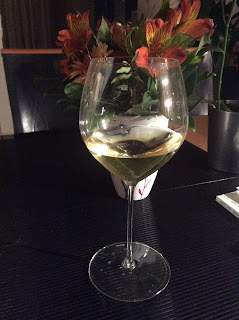